This is the place to discuss the anime you are watching/watched/like and manga.

[ Special thanks to @TeckMonster for providing this info and on how to make this first post better. ]

Could we make it clear what the stance on “lolis” is?
No lewd, that’s obvious. Kanna from Kobayashi-san Chi no Maid Dragon counts as loli too, so…?

Could we make it clear what the stance on “lolis” is?

I personally never understood it. Nor get it. I don’t see an issue with discussing anime that we watch that might involve one. I mean in anime it is bound to happen.

The issue I see with topic of lolis is they sometimes are shown in a sexual way, even more so in recent anime, under the guise of comedy. Eromanga-sensei for example: the anime is rated PG-13 and officially doesn’t mention ecchi as genre. Naked - censored! - minors, panties being pulled down, bikinis, lewd behaviour, etc.
And then there are lolis like Kanna. Not sure if I sound ridiculous but I’d compare that kind of loli to a cute puppy or kitten.

Yeah I understand what you are saying.
Lolis like Kanna I don’t have an issue with.
When it gets into the example area content like you describe that is where I do have an issue.

The lines are blurry for some, as those cases are often seen as edgy, not actually sexual. Like “It’s okay because technically she’s several hundred years old”, I don’t think anyone would actually make that statement without being 100% sarcastic about it (or at least I hope so).

Personally I wish the whole sexualized loli thing would just stop especially when it takes away from good anime like No Game No Life for example.

No Game No Life

Siscon and sexualizing minors goes hand in hand.
btw, there are anime in which it’s much worse than in No Game No Life.

I’m sure there are. No Game No Life was just the first one that came to mind

OreImo starts off interesting (with the little sister of the MC wanting a little sister - not in a sexual way), but goes the trash route.
Most of those anime at least have an interesting idea…if it wasn’t for the lewd part.
Imouto sae Ireba Ii for example goes completely bonkers in the first 2min or so which makes you think “oh for fucks sake, who thought this shit was okay?”. The most cringe I ever endured in an anime. Worth it though. There are edgy moments in the anime but the very first few minutes just fuck with you and make you think this is utter pedo trash that really makes you question the sanity of those in charge of producing this.

I just want some good wholesome anime, like Code Geass where the government starts exterminating civilians living in a ghetto in the first episode. Or Death Note or Gundam iron blooded orphans or psycho pass.

Have you seen Drifters?

Great show awesome intro. The band minutes til midnight became one of my favorite bands because of that intro

Yeah. I loved it. I’m looking forward to season 2. 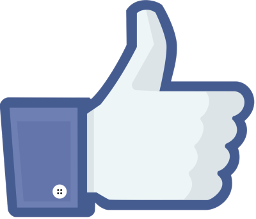 Me too I hope the wait won’t be too long

Those are often in the Slice of Life category.
Barakamon is among my favorite in that regard.
Also Non Non Biyori and K-On.
Mikakunin de Shinkoukei is also romance (in an innocent way).
Flying Witch is good too.

My favorite animes do one or both of two thing

Made in Abyss
Also No Game No Life Zero