so this is going to be a sort of planning and weekly blog garden tracker thing. i want to actually track water use yield and cost in starting a small garden aquaponic system and what is needed to keep it going. this is be a slow start but a awesome end yummy food

think thats the most reasonable part about gardening usually lol

atleast depending on which plants the yield isnt too good always(atleast in my climate) like least in my state bell peppers and jalapenos seem pretty poor yield, compared to the cost of a plant(if too lazy or or forget to start seeds super early/transplant into bigger pots etc in doors)

where ghost peppers particularly seem pretty high value, considering they just arent available at all locally in the normal chain grocers, but from the same cost per plant basically, you get an entire shopping bag full of probably 2~5$ peppers instead of like 50~100c for a bell, and probably only get like a dozen bells this year from my cousins garden with 2 plants, so far only 2 small ones, and like 6~8 more coming

and so far only had a couple jalapenos, where the serranos last year had buuuunches, and they are spicier so dont need as many per dish

some herbs seem pretty good, but in general stuff you use alot probably a better idea than random wax beans or something if you never eat them

edit: mean as far as the people trying to save money thing :x. think if factor time, if you said ~120days at like 10min a day, say ~10$ an hour lookin at ~200 labor besides supplies, dirt and epsom salt/fertilizer bug remedies etc

that can also buy alot of tomatoes peppers cucumbers and beans

but some of the stuff does taste quite a bit better/can get more fresh and stuff is nice, and varieties matter too, lots of different species of stuff to consider

least anecdotally other than jalapenos which havent seen bear too many(in comparison) seems the smaller peppers bear more fruits as it were than the bells, besides the whole gotta do em in pairs and such

dont have that long of a season but had tons of peppers like 1/2gallon bag full after making multiple salsas and stuff, just most didnt get ripe with the short season, like 2~3 dozen per plant or something for ghost and serrano it seemed, tobasco was a bunch more but those are more tiny although fairly hot some seemed hotter than the bottom part of the not ripe ghost peppers

my dad had some beefsteak tomatoes that did pretty big yields, remember giving couple overflowing paper grocery bags to great grandparents, where like cherrys idk, seems you do get a good number but they are also tiny, seems like maybe similar yield to roma but more spread out over the whole summer when ripe, beefstake if had to guess basically like roma but if the tomatoes were overgrown like 2-3x size and look like weird pumpkins

bells dunno tho, cousin bought some random orange blaze plants, where i had planted a seed one time in a giant pot, seemed to do okay although not a pair but got stunted cause inground sprinkler system wet the leaves and stunted it, but those were supposed to be like the giant chinese bellpeppers, had much bigger leaves(like 12~15in or something), where his branched out much earlier into multiple stems/more of a bush 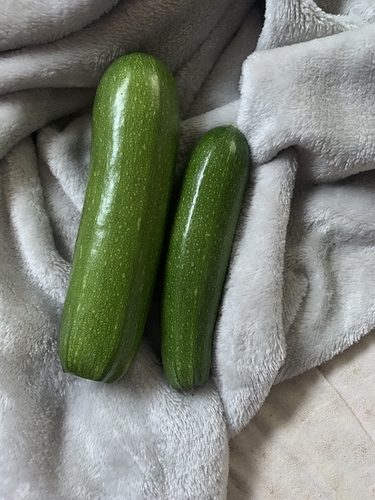 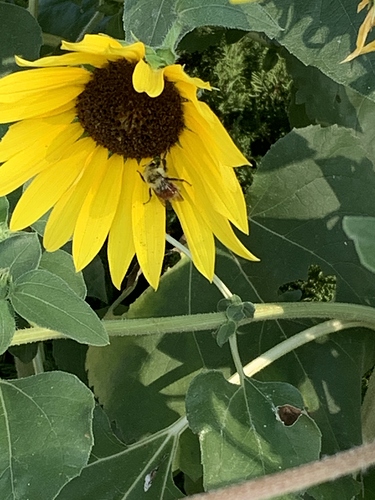 Bees sleeping in the flowers 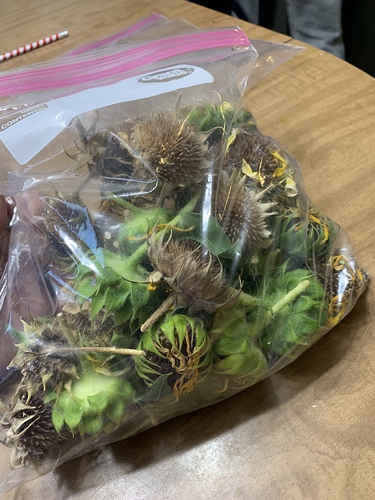 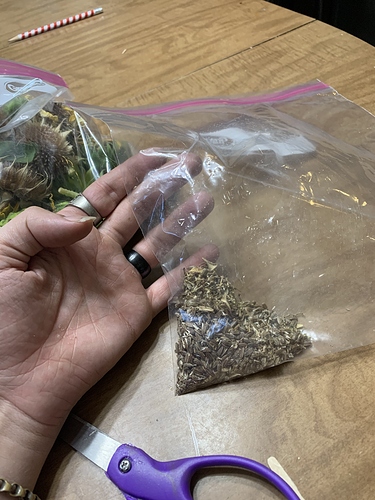 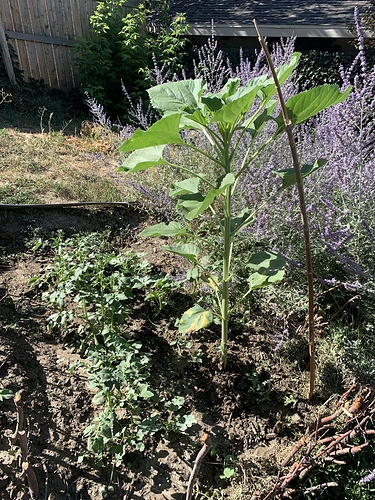 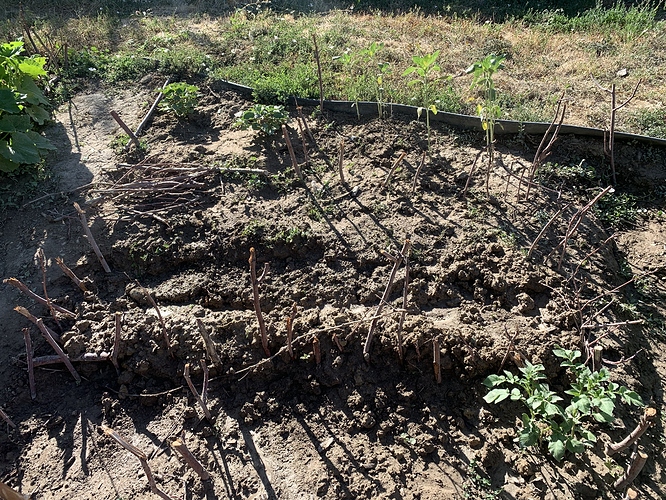 I plan on continuing the terracing and composting

Monsanto wants to know your location. 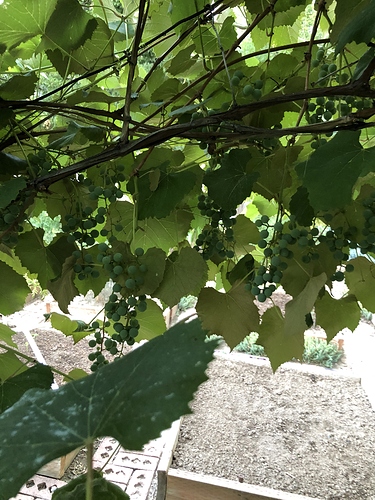 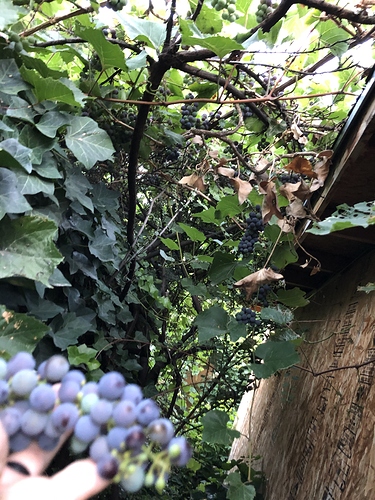 Grapes that have gone wild on the back of the shed 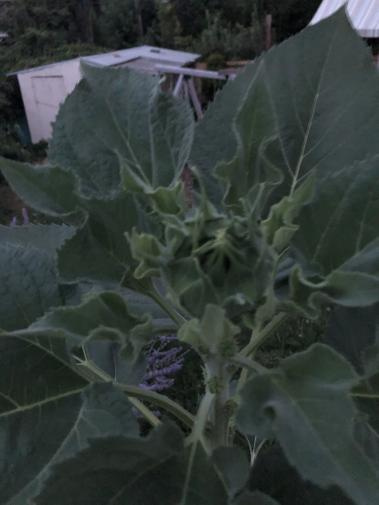 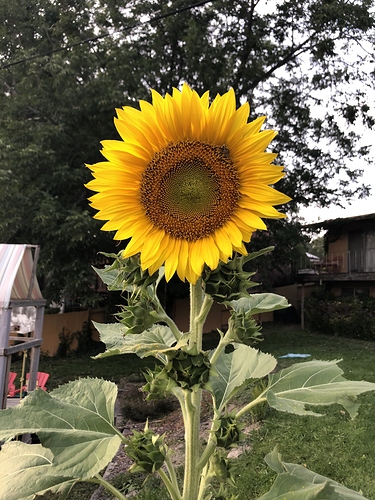 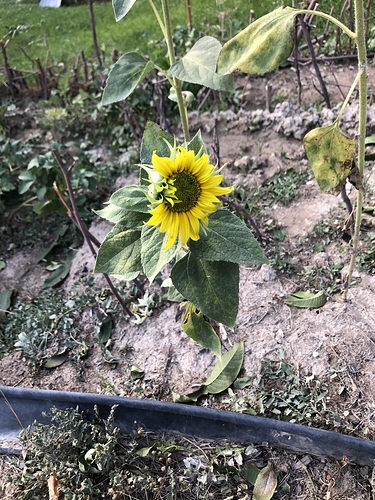 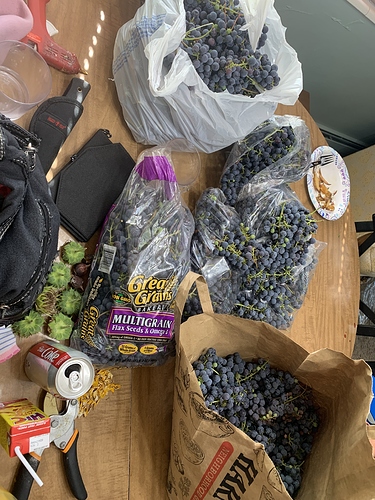 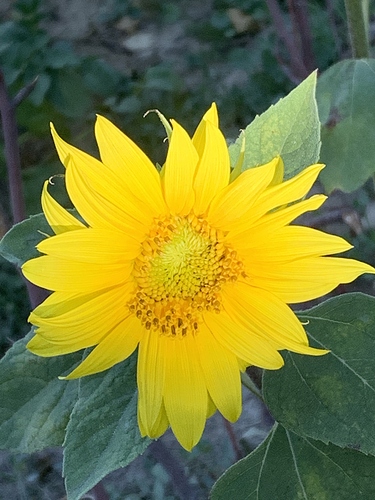 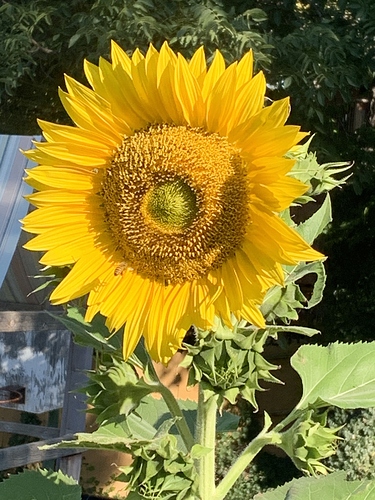 Updates on the sunflowers 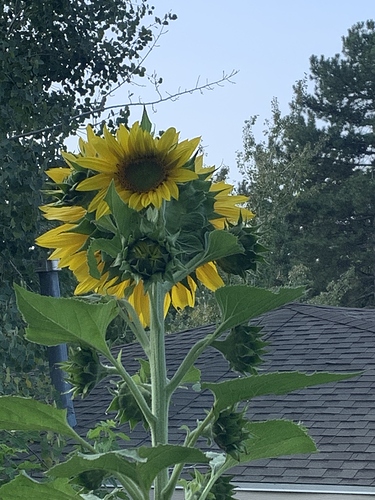 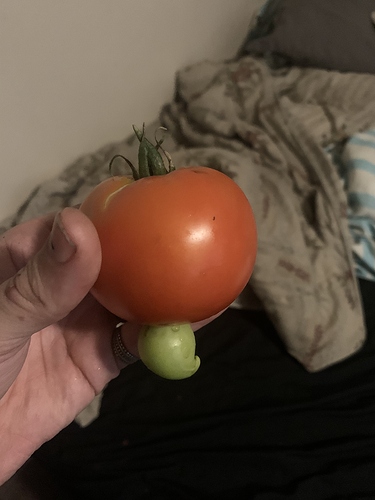