This tutorial is coming much later than i wanted because i have been trying to think of a good way to approach this and what to cover since there is alot to cover while keeping it compact enough to not overwhelm the user.

Root is user identifier 0 or other wise known as UID 0. It is the highest privileged user in linux and has direct access to all hardware and software on the system. Most of the time on a terminal root mode is specified with a # instead of a $. We will get into hardware when we cover /dev and disk management in the next tutorial. You can access stuff like the memory and processes directly in /proc but i wont go into detail about that in this tutorial.

Lets go over some very basic commands with root

Note that sudo means substitute user do. This is useful as some commands will require root to prevent stuff like privilege escalation from happening.

Lets move onto users. Users on linux may be a person using the computer or a service running on the computer. Some of these services may include stuff like sshd, ftp, etc. You can find out what users are on the system by reading /etc/passwd. The layout for /etc/passwd is simple though you should never edit it by hand.

here is a example of what a entry in /etc/passwd should look like. Each part of the entry is separated by a : and has simple formatting to it.

As you can see the /etc/passwd format is simple and has a clear layout. Logging into a user from a terminal is easy. Note that a password needs to set and you need to know that password to login most of the time.

Lets move onto some commands to manage users. First command will be how to add users

Time to cover groups and its respective files. Groups on linux are used to limit access to files and services. You can find out what groups you have on your system by reading /etc/group. the format of /etc/group is very similar to /etc/passwd.

Now we can move onto the group management commands

that covers the basic stuff about users and even some of the more advanced stuff. This should allow you too understand how the users and groups work in linux. I did not cover /etc/shadow and /etc/gshadow on purpose as 99.9% of people do not have a need to be messing with these files. If you want to know what these files do then the man page is a great resource for it as usual.

feel free to leave a comment if you have any comments, questions, concerns, etc.
In the next section we will go over /dev and disk management and all of those commands

Also to address some concerns ive had about not covering every command or missing some basic ones. This tutorial series is designed to allow users to understand what the command is doing and how the system works under the hood without just copying the documentation. So i will not cover certain commands until i covered how that part of the system works.

Also @wendell has a great tutorial about shell expansion with bash 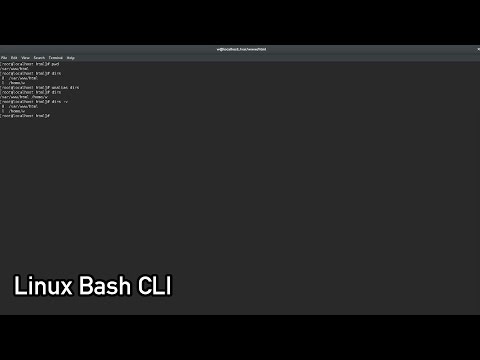