Mostly ramblings of me poking at a cpu miner with a stick. Making of thread because someone might like it. Will sound a bit rambly because it is. Sorry

So my windows install has been running fairly hot and loud lately but whenever i end up open task manager it reveals that the cpu usage is at what would be normal for idle.

The dip is me opening task manager

Copying taskmgr to the desktop and renaming it tricks whatever is running into thinking its now open. This means i can see the true culprit 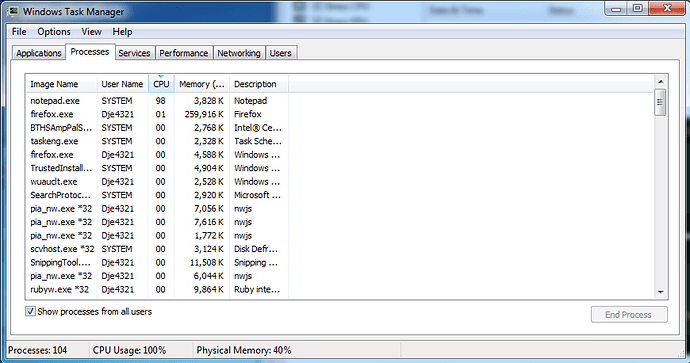 So time to rename a random binary. Lets go with rufus

rufus-taskmgr-cpu-miner1330×411 60.1 KB
And that works. So i now know whats its looking for when it comes to deciding when it should and shouldnt mine.

Lets poke at it with task manager some 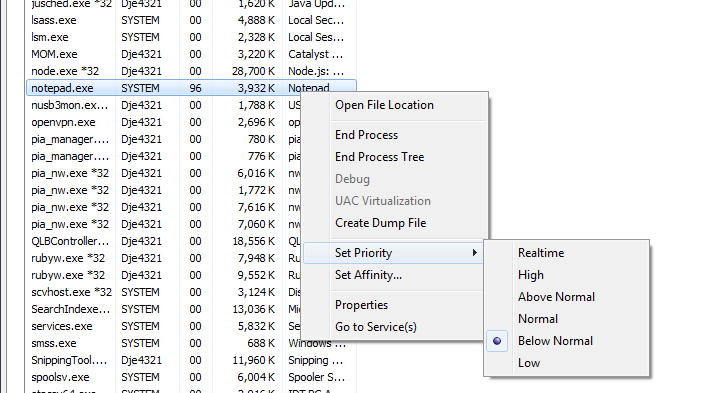 cpu-miner-notepad-priority718×393 24.7 KB
Well. Its atleast nice enough to set itself to below normal priority.

hmmm. Something fishy is going on with notepad for sure

A few notes so far.

Thats about the extent of my knowledge/willingness to poke at it. Ive uploaded both the binary and a process dump incase anyone else wants to take a look at it. Also @Cavemanthe0ne. Found out why my laptop was always running hot in windows XD

Somewhat confused but ok lol
Also how did you mamage to get… Notepad malware? Then again not surprised lol
Good that you found it though because would explain weird performance and all that

Also how did you mamage to get… Notepad malware? Then again not surprised lol

Catsay gave it a look over and it wasnt notepad that was bad. Just something hiding as notepad

Dealt with it by nuking the install from orbit

something i delve into much usually

I just wanted to poke at it and see whats what. Install was at the nuking period anyway and it needed to be done

An update on this to keep it relevant. Catsay went through the memory dump and found the IP address and port of the server it is communicating with:

It is a VPS running Windows Server 2008 R2 in the Russian Federation hosted by profiteserver.ru and It also turns out that the server has RDP and SMB open to the internet XD

And that it was using the XMRig miner with CyptoNight with the dump also containing the password for the miner.

It has now also been reported to the VPS host for abuse and the ip address and memory signatures forwarded to blacklist so this can hopefully be caught by security software in future.

I’ve reported it to [email protected] - it seems to be a russian VPS host.
Hopefully they are a legit company and not part of the cryptomining operation.

Additionally I’ve added the IP and some signatures of the memory to a few blacklists & AV lists which should soon make their way to AV vendors.

Dumped the memory Working with minidump files is a bit more annoying than full dumps But found an IP address+Port it’s connecting to pretty fast: 185.144.29.36:5450 Hmm interesting, this should look familiar to any crypto miners [2018-07-13...

I’ve reported it to [email protected] - it seems to be a russian VPS host. Hopefully they are a legit company and not part of the cryptomining operation. Additionally I’ve added the IP and some signatures of the memory to a few blacklists...