I will post my battlestation after a cleanup. I have photos that im scanning and blu rays that im ripping all over the place. 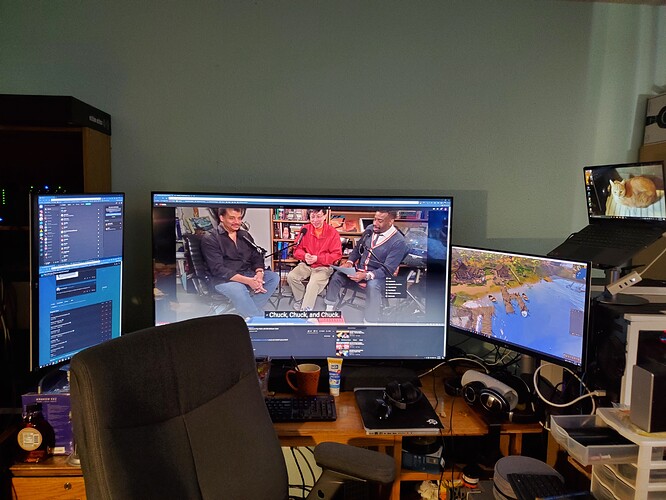 This is an older setup of mine. But I have adjusted it everyonce in a while. But the three displays are still here.

Here is a battlestation from today. 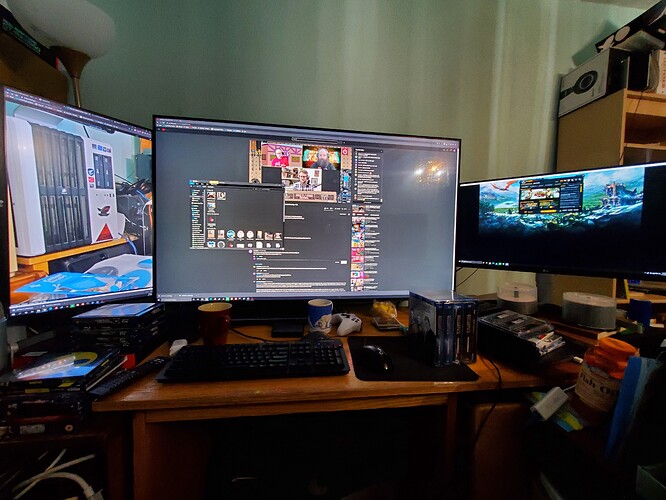 Certainly not the cleanest rig, but it gets the job done.

starting with a 4k monitor on the left, then a 4k 55inch tv in the center, and another 4k monitor dedicated to runescape on the right.

I would rather you not see the mess on my floor lol. Mainly under my desk.

Talk to the dude outside the bank at the guild 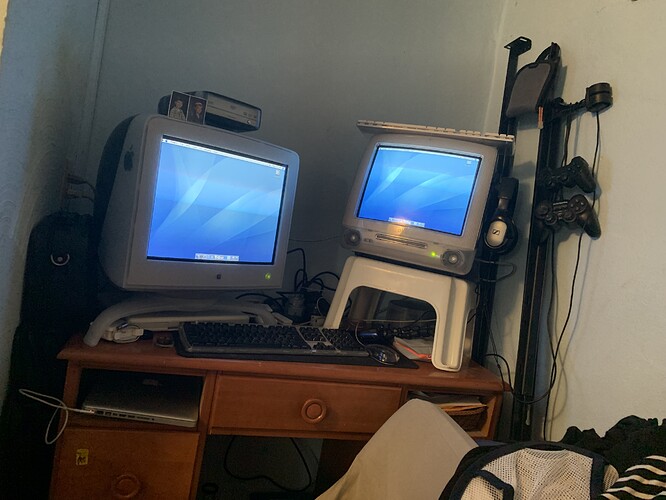 Middle of moving set up 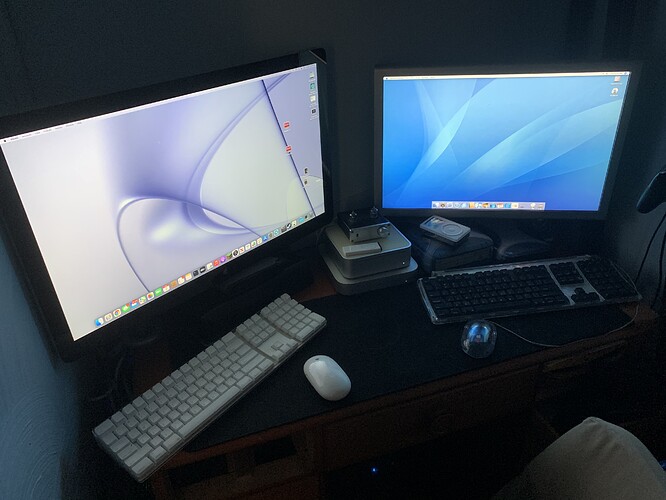 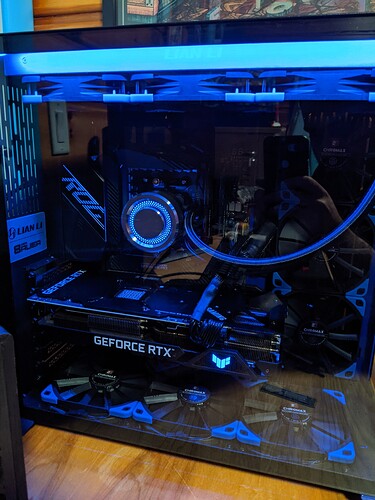 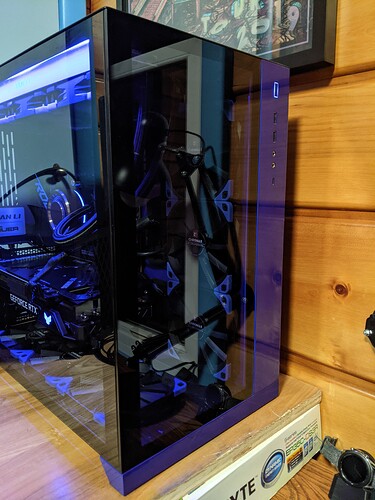 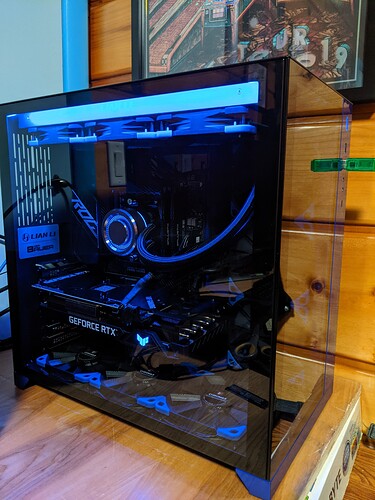 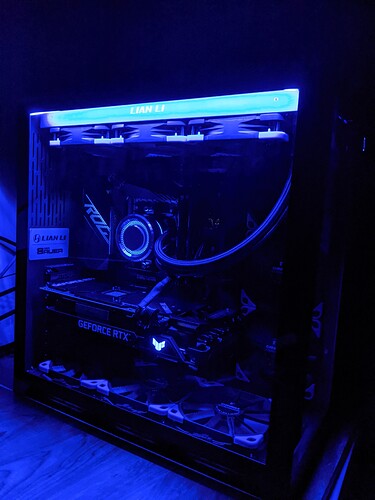 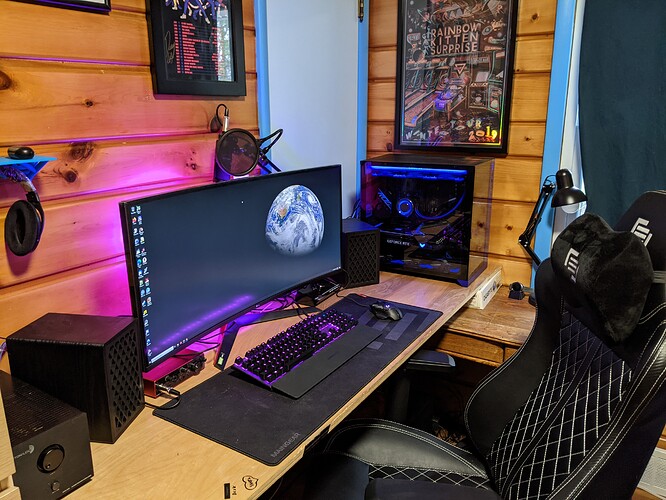 Is this so you remember what its called or did you name your desk “desk”?

The plastic piece is covering up my actual name. Also my girlfriend was the one who wrote it

Its a nintesdo switch hooxed up to A 4k tv

Old desk started to feel more and more unstable. Had to add a couple small heavy duty angles but I knew that was just a short term solution. I forgot how old the desk really was but I assume over 15 years (maybe even 20; lasted really long given the age and that it was “just” laminated particle board).

So I decided to just replace it. And man, I really underestimated how long this would really take.
After 2 days it’s (almost) finally done. Just a few arrangements (like where to put my ext. HDDs) and a lot of cable management and then it should be done. And hopefully last for many, many years.

No more carpet (dust collector), moved the access point to a spot that makes more sense (not in the picture; right above the cabinet with the glass door).

To prevent the kitchen top from sagging I put some angle irons on the underside of it. Also mounted a long power strip to it and a shorter one to the side of a drawer.

least you got wheelies on your tower

Had to get a flimsy one that’s less skookum than the furniture rolling board that I used before because it was too tall. Most of my flash drives would not fit cause the top of the desk would’ve been too close.

if still have old one, could be option mayb like a usb hub mounted to edge of desk or somethin, or just short cables to bring it to front/make them change that 90 degrees so its flat

but either way prob fine least its off ground some

The way it is right now I can still access the USB ports on top of the case. Wheels are pretty meh but it’s better than dragging the case over the floor.

ye mine barely fits like that in my desk lol but they are on the front angled so is fine but that was part of the design like 26in tall or somethin for the inner height of the tower compartment, which was couple inch taller than like rosewill thor have now, which about as big as can go without bein some ridiculous thing thats prolly like 350$> like the cosmos 2 or somethin

Yeah, a new case makes no sense. If the clearance really didn’t check out even with the new roller board thingy then I’d have just gotten a usb hub.

ye should be fine