This topic goes into a power button mod I done on my aging Dell Inspiron N5010.

Me and this laptop have been through a lot, it was the first machine I put Linux on and got me through University and College and during that time I have opened up replaced the terminal compound multiple times which leads me to the reason for doing this mod. The last time I opened this machine was to replace the dying fan but as I put everything back together I noticed it couldn’t power back on because the contacts on the ribbon cable for the power button were damaged.

As my first attempt of removing the ribbon cable and replacing it with a new one failed I decided to solder a tact switch to the power connector and mount it inside the laptop shell which was suggested by @Dje4321.

On looking around the shell I decided the perfect place for the switch would be on the shell right next to the disk drive. This area provides enough clearance to mount the tact switch and position the wires so that they can be routed easily to the power connector. 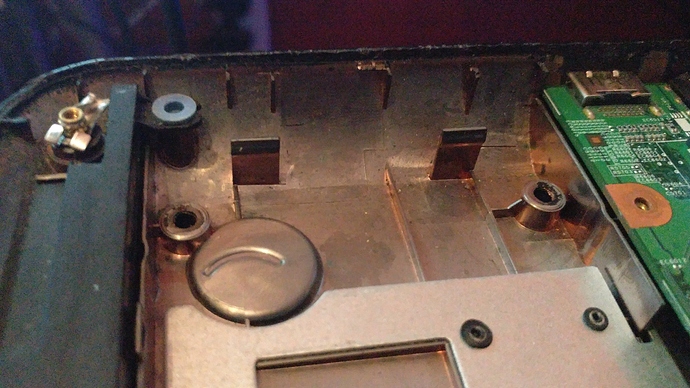 I then made a hole for the switch by heating up a paperclip using my soldering iron and melting the plastic until it was big enough for the button to fit inside the shell. I then done a test fit with the button which turned out much better than I expected and was almost flush against the chassis. 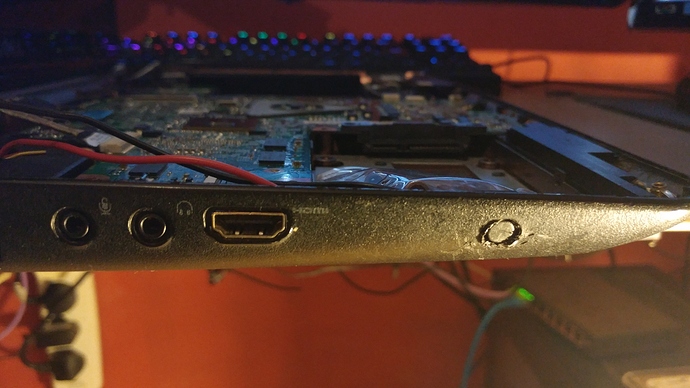 With everything for the chassis in place and left some light cleanup of my work I decided to get the soldering, this was rather difficult to do as the wires using were salvaged from an old PSU and quite large compared to where I was soldering but finally got them in place. 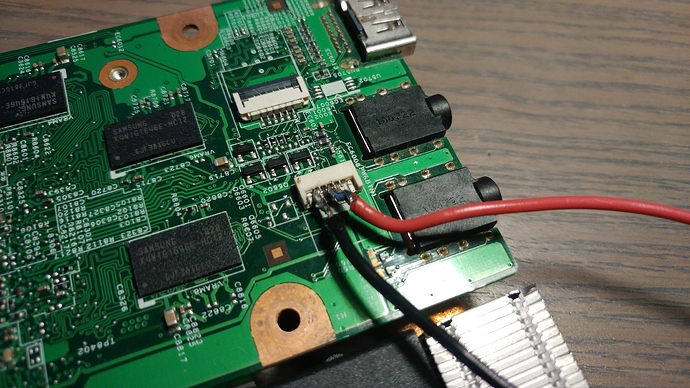 After also soldering the opposite side of wires to the tact switch I then routed the wires and hot glued them onto the board to provide some strain relief as which was also suggested by @Dje4321. 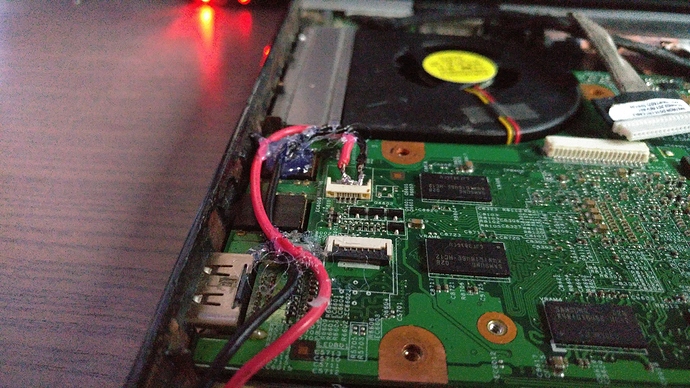 and then placed the tact switch inside the hole I made earlier and hot glued it in place. I ended up using quite a lot of glue on the button as to make sure it was secure enough and won’t move. 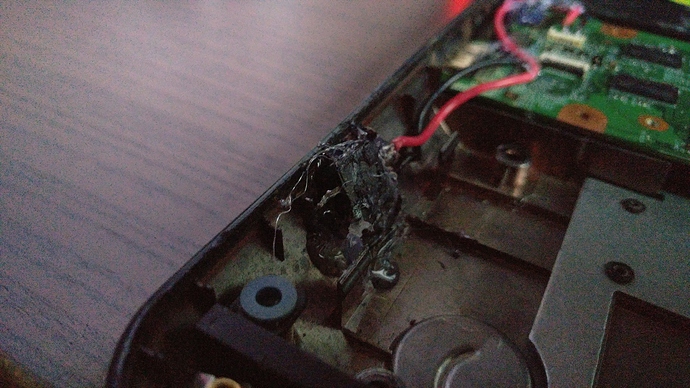 All together this is the final picture of my completed mod. 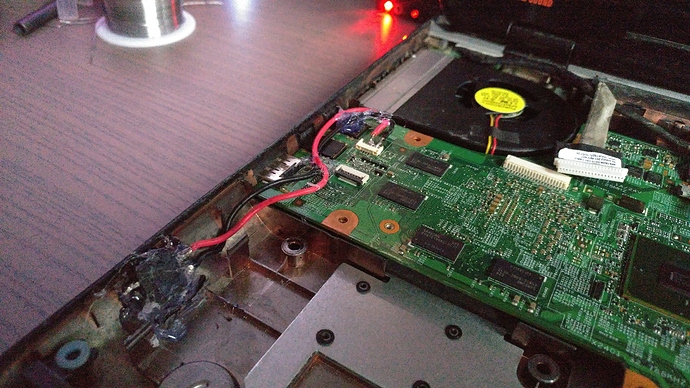 And with the new button in place 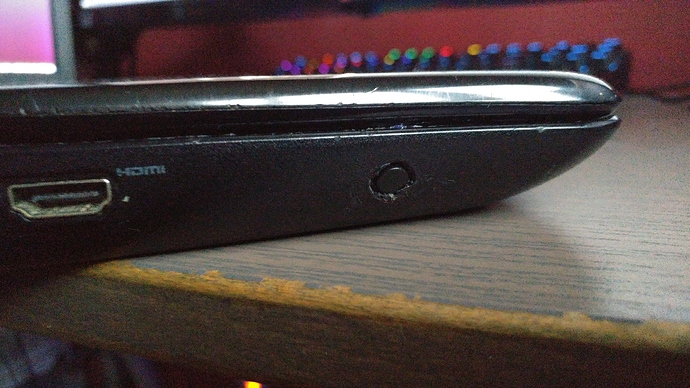 In conclusion I think the soldering and gluing could’ve been better but all together I’m quite happy how well this turned out, the button works great and its placement makes it much easier to turn on my laptop even with the lid shut.

This project was fun and would love to do something similar again given the chance to spite all the issues I had.

So when plugging in my laptop today I noticed that it would auto boot into diagnostic mode (which is a long press on the button) so obviously bad a short between the two pins on the connector. I cleaned up my soldering work and glued over them which should hopefully prevent them from moving and causing anymore shorts. 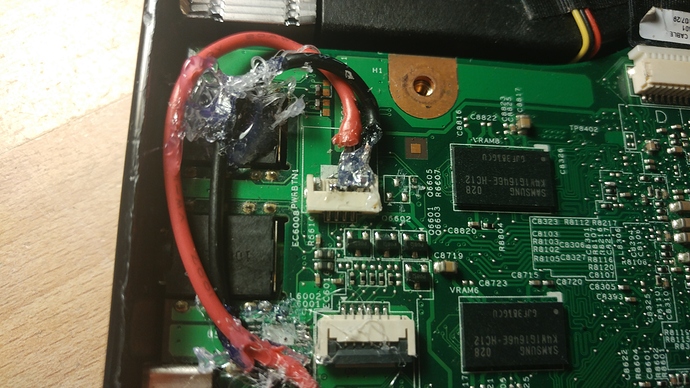