Thought i would kick off the forums with a introduction thread.

Who are you?
What do you do?
What caused you to come to the forums?
etc…

Welcome to the forums and we hope you stay

Im Dylan, i like computers and robots n things. Im here cause @Dje4321 said i should check out the forum :DDDD

I’m Boots.
I help run a tax preparation company in WNY but I also like to do some computer stuff on the side.
I came here because @Dje4321 told me to

I’m Dan.
I work in IT and I have an interest in anything tech related. Starting to acquire some firearms I have been interested in and currently waiting to receive my Concealed Handgun License. I also enjoy anime and manga of which I have a small collection of books and blu-rays/DVDs. Here’s MyAnimeList if anyone wants to look at some of the shows I have seen: https://myanimelist.net/animelist/zealonus
I cam here to check out what @Dje4321 and @Cavemanthe0ne were working on.

I’m a writer, paralegal, and ReShade Expert just to name a few.

I came here because I wanted too.

Someone with an affection for memes

What do you do?

What caused you to come to the forums? 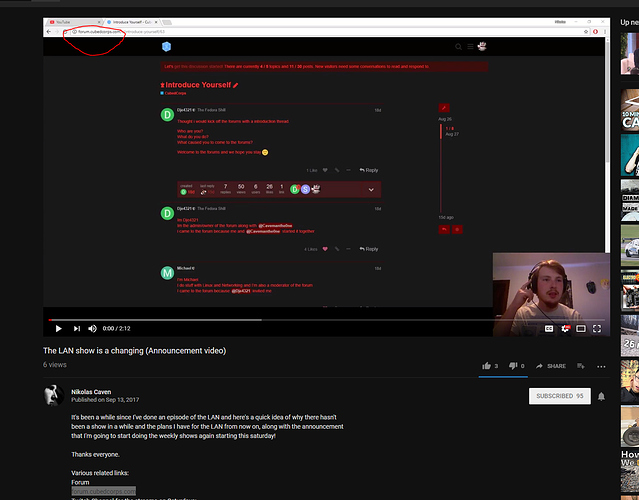 also mfw try to have two screencaps in a post

Does it really matter on the internet?

What do you do?

Killing time (procrastination is one hell of a weapon and drug)

What caused you to come to the forums?

Who am I?
How could i even begin to tell you who I am, truly?
I will give a short, comfortable answer.
I am some dude who likes banging my head against a keyboard for weeks on end calling it, “creativity”, “solving problems”, “securing the means of production!”, etc
0.0

What do I do?
I breath, first and foremost, I am a third year college student, comp sci major (focused on InfoSec) and taking up projects whenever i can. (especially if money is involved)
Over the summers, i just do freelance, ya dig?

Hi, I’m KemoKa. Most of you know who I am, but if not, lemme give you a bit of background.

On the internet, I’m a cute little fox girl character who goes “:3” a lot and listens to Vaporwave way too much.

IRL, I’m a twenty-year-old living in the sticks of New England, wandering somewhere in the void between high school and university. Don’t worry, though. I’m not a complete loser. Things are going to start picking up for me again very soon.

I mess around with computers, generally building extremely powerful systems and then losing sight of what I wanted them to do, lol - I have a Fibre Channel SAN in my bedroom but I mostly can’t bear to turn it on because it sounds like a jet engine at idle. I consider myself to be reasonably knowledgeable about computers, although at a quite shallow level. Been trying to force myself to learn C++ lately.

What do I do jobwise? I’ve been out of work over the summer because muh fam has been doing other stuff, but I’ll probably be going back to it in about a week if I can. For the past couple of years I’ve been working as a spreadsheet jockey for a local solar company, but that’s just my “job title”. What I do/did as well was printer maintenance and repair, network administration, inventory, job proposal preparation and even the design of the arrays for the past year. I’m not an expert, but I certainly picked up some interesting nuggets of knowledge about the industry, so… take that for what you will ^w^

Why am I here?

Why are any of us here? 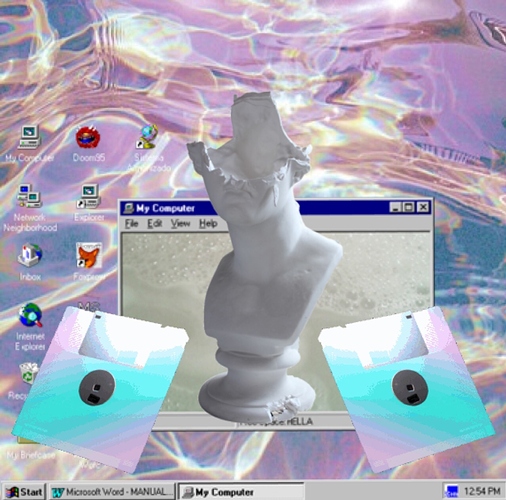 Who are you? - I am the owner of the company CubedCorps - A security consulting company that dabbles in other IT related projects and buys and sell technology.

What do you do? I am a seasoned IT professional that likes to discuss security, crack hashes, build very powerful computers systems for my day job (workstations, servers, Hyperconvergence, etc) I run a IT and security for an Engineering Firm, but also moonlight as a security consultant. For example I am building my new workstation which will be for engineers, but first for myself. It will be a 128GB AMD threadripper with Dual Watercooled Vega Frontier editions GPU’s and a SamSung 1 TB M.2 SSD.

What caused you to come to the forums? - Cavemantheone.

My names Tony, im an auto mechanic. Pc is life! that is all.

Hello! I’m Drip. I like forums. I’m a student. Was brought over by Caveman.

I’m Main_Main
I’m a computer and electrical engineering major.
I’m here because I’ve known @Cavemanthe0ne since we were kids and after the second time he invited me to the forum i joined.
That’s about it.

I’m here because I’m getting tired of the shit flinging at L1T.

I work for a 3 Letter Government Department, (Server Infrastructure Networking and Firewalls )

Came her because @Cavemanthe0ne said i should, and theres @kewldude007 who posts all the Memes