In an unprecedented move
Warner Brothers has made the decision/announcement all 2021 films will be released in Theater and HBO Max at the same time: 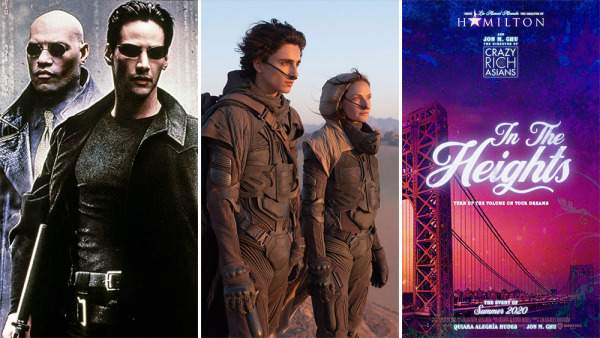 Warner Bros Sets Entire 2021 Movie Slate To Debut On HBO Max Along With...

WarnerMedia didn’t have to wait until Wonder Woman 1984 debuted both on HBO Max and in theaters: The Burbank, CA-based Warner Bros is putting its entire 2021 theatrical slate on HBO Max for t…

Warner went the route of we can’t keep delaying these so we’re just going to do both VOD and Cinema.

His work is really great. 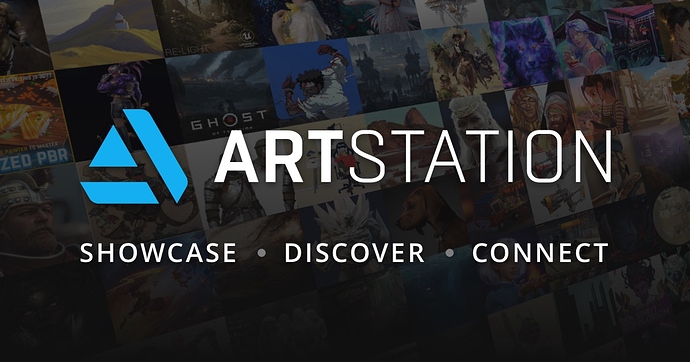 This is where pros in the film, tv, video game, and comic books, post their work. There is even stuff from level designers.

That website is a timesink for me because I could spend hours just look through all the artwork. So I limit how often I go there and set a time limit.

I enjoyed this game, bad ending tho.

Might get it next time it’s on sale. Or not. It’s been 5€ so many times and I always hesitated cause first person games make me motion sick after a few minutes.

When I encounter an IT troubleshooting issue at 20:30 ET:
… I’ll deal with this tomorrow when I can have time to dig into it.

Good news: I’ll be taking my test for an Azure Fundamentals Cert in 3 week.
What happens when I pass: It tells companies “Hey this person knows how to deploy VMs in Azure. They can explain all the services and know the basics of using Azure but not an expert.”

Where would I work: Anywhere in the world. Legit I will sell everything I have to move outside the US. Top Countries in no Particular order: UK, Sweden, Norway, Germany, Switzerland, New Zealand, and Australia. Key thing would be the job would have to be offered before I made that jump.

I’d like to take a crack at getting the next Azure cert after fundamentals which is Associate. This where the advanced level stuff happen and the pay for having it is a good bit of change.

Nice. I need to start my process of collecting certs.

Any plans for any more certs non-azure based?

Any plans for any more certs non-azure based?

Good question. Probably look at the certs for AWS and Google for there cloud services.
Also look at Cloud Security - This. We need this like yesterday and we still aren’t there. I want to be a lead expert in this field. That’s my end game.
As for non cloud certs - IT Security on the Defense Team.

Me with IT Troubleshooting still being there at 21:10…:
I wonder… test theory. Problem solved in one minute…
Sometimes I need to let myself think on an issue before I can fix it.

What was the issue: Plex on Android TV not working… with one film
How I fixed it: set the Player to not be the new/beta player.

This game will probably do that to you.

Yeah, I was afraid that’s the case. But the art style and the mystery thing are both up my alley. Maybe I’ll get it at the next sale, try it out for ~10-15min and then get a refund if it’s too much for me to bear.

Semi-related to that (and true to my title) I recently got a refund. Brain-afk me ordered 2 copies of the same book by mistake and found out that - in order to send them back to Book Depository - I would have to send them to Australia. Yup, despite them being shipped from the UK and returns that are sent back due to being undeliverable go to Belgium, I, who is located closer to both of those countries, have to send it around the globe to Australia. And the shipping cost would be ~10,25€. Which is close to or more than the books are worth that I usually order. Just this once they made an exception so I can keep the book and still get a refund.
And good thing I checked my pre-orders cause apparently I also ordered 2 other books twice. Luckily they’re not yet being shipped to me and I got a refund approved, so I’ll see if they really cancelled them.
But this is rather annoying and anti-consumer. They could at least prompt a notification before ordering so you know you either are about to order something that you already bought from them or warn you about quantities (I assume ordering multiple copies of the same book isn’t something people usually do).
Anyway, I’ll have to keep better track of the books I (pre-)order so this doesn’t happen again.

Other than that…as of next Friday I’ll only be missing 10 CDs in my Die Drei Fragezeichen collection, including all special CDs (excluding one signed CD…not gonna hunt that one down).

think mostly done with assets for pokemang unless decide to do some other shiz/have to figure out which ones to combine and actually do that to free up spots from gym leaders to see how many free spots i have after everything. but thats a bunch of busy work

mini ramble on writing:
I’m at a tricky and tense part of the story I’m writing. Why? Cause the character must move very slow for a while. I had to take a 2 day break from writing to figure out what to do. It does look like this will be a 6 page chapter. Should finish it by next week.

Cyberpunk 2077 Release/Studying
If I go dark for a bit/not posting it’s cause I’ll be playing Cyberpunk 2077 or studying for my test.

Cyberpunk 2077
It’s hard to go into a game you’ve known about for 7 years without prejudgement. Last thing I’ve seen about it was the e3 playthrough demo 2 years ago. How will I play it? I don’t know if I ever talked about how I play RPGs. Short version: I kinda make a moral guidance for a playthrough and adhere to it. Suck as in Enderal - I played as a master thief who when they saw the bank went, I need to break into this and steal everything. But they were a thief with morals, they never stole from poor, or shop owners. That bank heist was fun… I do find it weird the people who made Enderal didn’t make that an actually quest. It was surreal when the heist was over and no one talked about said heist. So what will be the moral guidance for Cyberpunk 2077? Honestly, I’ll make one up while I’m creating my character. I’ll probably spend 30 minutes to an hour in character creation.

would have to look up videos about like witcher 3 but the marketing still seems weird to me, like bunch of talk about badass cars and show you fixing one and everything, then only show like super basic cruising like afraid to show off car physics or something

other than like first quest they showed with the body in the ice bathtub or whatever hardly show any combat at all, just oh look at the tutorial section

then shoe horn in neo as the ghost of the city, that from my understanding is bascially he will always be there nothing you can do at all about it, i mean if its remember me having edge be not ditchable makes sense they never advertised it as being the ultimate freedom in open ended choices

maybe mac os9 is bloated too?

afaik ryzen loads a lot of stuff and that’s why it’s so slow at booting into winderp.

afaik ryzen loads a lot of stuff and that’s why it’s so slow at booting into winderp.

You might be right on that. My Windows install boots up way faster using qemu/kvm than it does on baremetal when the system doesn’t what what the physical hardware is.