What are you currently playing?

Yeah, yeah, by now you know what this thread is about.
(might weed out the lounge a bit with a dedicated thread)

Diablo 3.
Yup, I played a game. Just logged on (fuck the always on shit) to watch my characters on the D3 website and it was kinda fun.
Gonna see if it’s still fun today. I know what it comes down to in endgame content: grind, grind, grind. And by the end you’re crunching numbers, using calculators and simulators to see what item combo and what skill build does the most damage.

and at work I play Klondike solitaire. Occasionally minesweeper or mahjong but mostly solitaire.

Welcome to the official Cubedcorps UHC Minecraft server. What is UHC? It is Ultra-Hardcore survival. Natural Health Regen has been been disabled. The only way to regen health is via health/regen potions and beacons. DA RULES Dont steal from other players Only kill other players with their permission General Rule is dont be a dick forum.0cd.xyz:38456 The overworld will be reset when we upgrade to 1.13 so dont build anything you want to keep in the overworld !

Ooo a thread.
I play most any thing but lately a lot of Wolfenstein II and the occasional matches of World of Tanks
Also warthunder but warthunder doesn’t like my 2400G atm so less of that

What I’m currently playing:
On my Switch

TERA
As I want to avoid starting to play WoW again, I’m giving the free alternatives a try again.
I like the action-packed combat system but the interface is much less intuitive than WoW.

Oh hey this thread.
Currently a mix of World of warships, random indie games from AMD4U for streams and etc, also a bit of assasins creed rogue for the stabby stabbies, will likely be picking up Cities Skylines soonish and play that a lot as well.
And ofc Empire Total War with Darthmod when I want to play a good strategy game

Have mostly been using my Switch recently. Got back into Steamworld Dig 2 and have also been playing Kamiko which is a top down puzzle solving game.

Got back into Steamworld Dig 2

From what ive seen its basiclly motherload with a new look to it. Still looks fun though

yep is pretty much exactly motherload in terms of gameplay which isn’t a bad thing because its great.

Mostly been playing hearthstone and guitar. 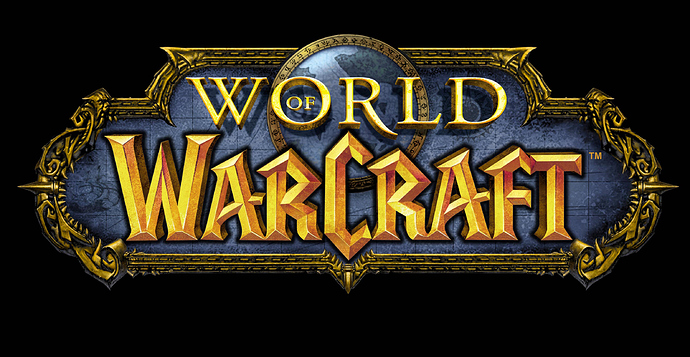 And so it begins again…

I’ve been playing a lot of ARMS lately, which is why I haven’t been around much.

Have been playing some Slime Rancher again, has had a major update since I last played it with a neat parkor mini game now and they’ve overhauled the rush mode which I’ve been playing the shit out. it is much harder and requiring a more strategic play style todo it but it is really fun now figuring out the paths to take how to maximize your time.

Absolutely nothing because of stupid finals

Started Shadowrun Returns for the 2nd time (lost my save file when I upgraded my PC), just so I can start Shadowrun Dragonfall. Doing it for the story -> easy difficulty.
I’d prefer a game like that with a fantasy instead of a sci-fi setting, but Torment: Tides of Numenera has barely any fights in it and Divinity: Original Sin 1+2 are still too expensive (could buy them, but I’m cheap).

World of Warcraft
New expansion is out (Battle for Azeroth). Dipped into it with my warlock but…for some reason I’m in no mood for it.
Instead I started leveling a voidelf rogue. A rogue was the first class I created in WoW many, many years ago (and some other times throughout the years) but never kept me interested for longer than Lv. 46 (I think). Now I’m Lv.50. Kinda wished I created it on Horde but they don’t have voidelves.

The “new” leveling system is kinda neat. Before, each zone had its dedicated level range (1-10, 10-20, etc) but even without account gear (the stats increase with each character level and give you more exp) you reached the level cap of the zone before finishing the storyline in that area.
Now you can level in (almost) any zone you want as the enemies scale with your level. This way you can finish the storyline of an area without having to move to the next one because the quests don’t give enough exp for your level.

To level the professions in each bracket you need the zone’s materials instead of just leveling with the materials and recipes of the latest expansion.

Those might not look like big changes but it’s a lot more fun to level. It’s by no means perfect as I still find myself getting stuck leveling cause I need the materials of a different zone than I’m questing in at the time, but again, it’s a lot more fun as old stuff ain’t that useless anymore.