Yeah I kinda just…went on to other stuff for a while? Came back once I found the email about the domain change in my spam folder.

well welcome back, as you can see lot has changed since you’ve been gone.

I found the email about the domain change in my spam folder.

uh were worried this would happen

in my spam folder.

Exactly where it belongs

it’s all so different

this will catch you up

New Domain We are switch domains over to forum.0cd.xyz. This will be happening when we do the server maintenance to migrate existing data to point to the new domain. Right now 0cd.xyz will redirect to forum.0cd.xyz. There will also be a mass email going out after the domain move to update all users on the new domain. Landing Page There will also be a landing page setup on 0cd.xyz that will point to various parts of the forum, highlighting great topics and just explaining who we are and what we…

and a fancy new main site at https://0cd.xyz too

will make sure you catch you again then

I dunno, maybe I’ll stick around for a bit. At least long enough to say hi to @Dje4321 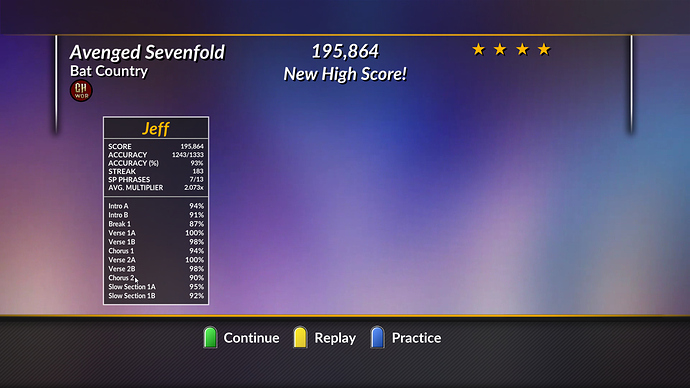 go head if you want, could be a post your video game achievements thread or could just post them in the What are you currently playing? topic.

I’m going to do a very slow ReShade Photography Replay of Hellblade and capture it in 4k.

The ReShade Preset is not one I’ve shared publicly. It’s a black and white reshade I made recently.

I’ll be using FRAPS [Already own it] to capture the image with ReShade cause GOG screen capture doesn’t get it.

Also Wolfenstein II The New Colossus is now playable with the latest AMD Drivers. There was a blind white bloom that kept me from playing it. It is now fixed so I cna finally finish the game.

If I find the time I will do a written review of the monitor.

uh were worried this would happen

Its called we have absolutely 0 rating

looks around, then goes back to bed

Your not completely dead

its as if they know what were like or something /s

My knife situation is getting a bit annoying.
Kershaw Shuffle is not suited for one-handed use. Got a refund and to keep it.
Aubey EDC knife was just bad quality and is going back for a refund.
Ontario Rat 2 appears to have been dropped by someone before it was in my possession. Ugly dents on the thumb rest and some scratches on the liners. Getting a replacement on Monday.

On top of that, the black one was fine to order. But why do they not deliver the green one to Austria? The only difference is the color of the scales and the blade has been stone washed - it’s just looks, a different color option. Contacted them, they also don’t seem to know without more research. Gonna get an email within 24h with hopefully a logical answer.

Any reccomendations for a good knife? Looking to replace this box cutter nonsense.